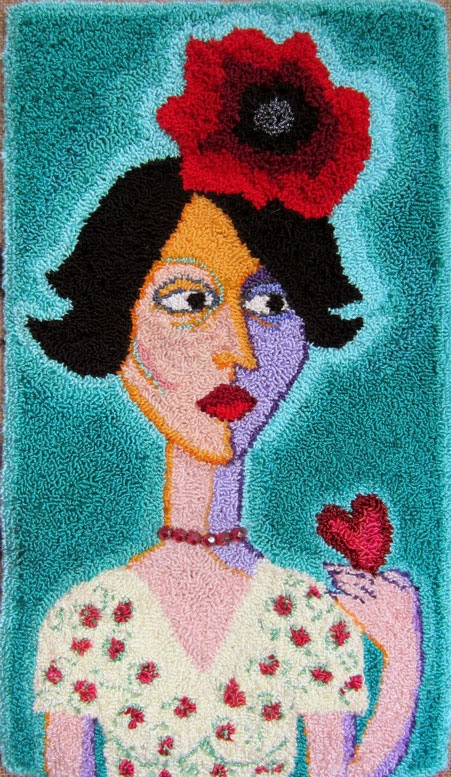 Another face worked on at the January workshop, "Girl with Poppy Fascinator" by Ruth Robinson, who writes:


"Girl with Poppy Fascinator" came from a collage done at Diane Cox and Sue Dove’s Artful Rugs workshop
in Penzance last year and started out as a large rag rug on hessian. After the workshop, finding the scale too large, I started again on a much smaller version, working with a punch needle.

We spent a whole day in Sue’s studio playing with glue and coloured paper pieces torn from magazines,
initially making abstract collages (a new experience for most of us and very liberating!), before working on another collage each which would be the inspiration for the rag rugs we would be working on during the workshop and, as it turned out, for many months after! 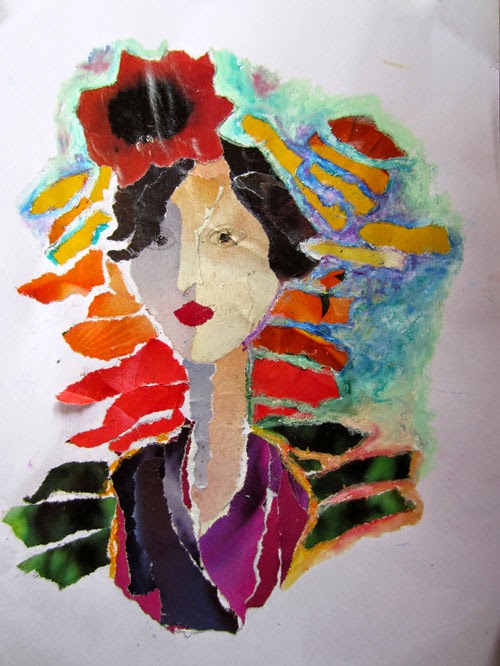 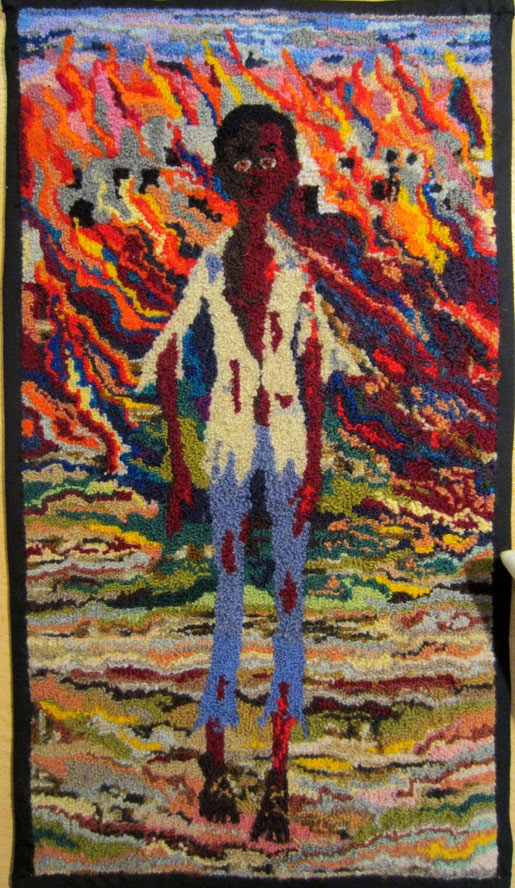 "In war ravaged Rawanda," reads the label on the back, "a young injured boy, clothed in tatters, wanted to appear dignified. Wearing shoes meant dignity to him - so he painted shoes on his bare feet - to keep his dignity." 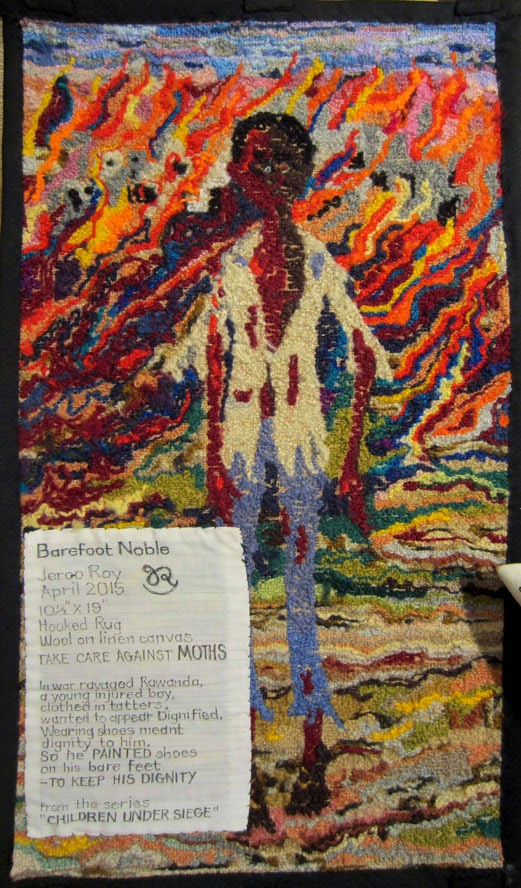 From the series "Children under Siege".
Posted by Margaret Cooter at 13:13 No comments:

At the January meeting we made up for the tutor having to cancel by continuing with the topic for the workshop, portraits. It was hardly a race, but first to finish was a visitor from Germany, Karin, who sent these photos soon after she returned home - 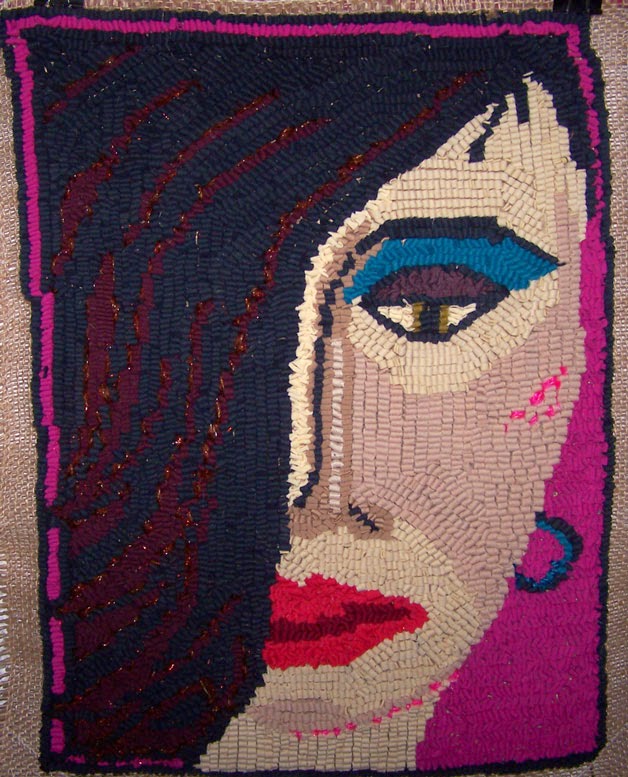 When she showed her daughter and son-in-law the finished rug, they thought the expression so grim that she must have been in a really bad mood when she hooked it – so the second photo shows where she gave the mouth a bit of a smile - 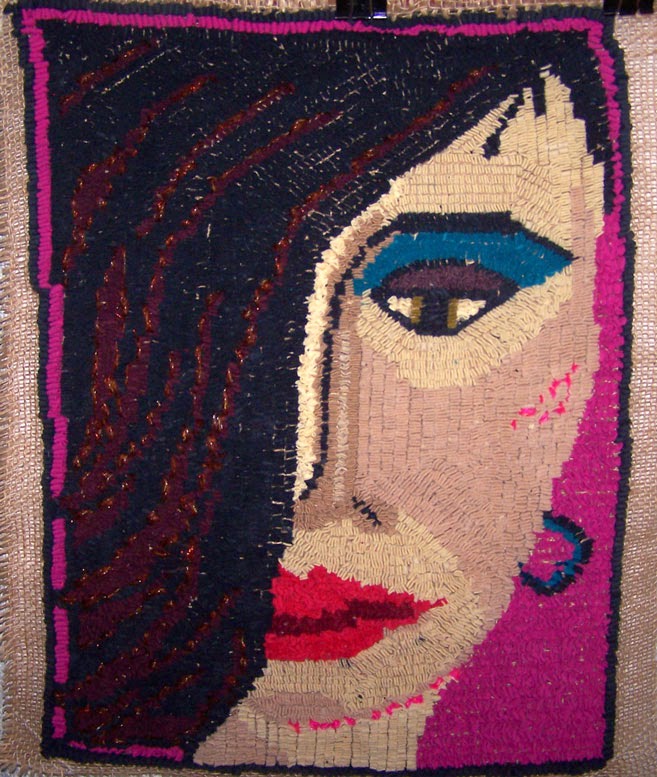 Posted by Margaret Cooter at 10:56 No comments: 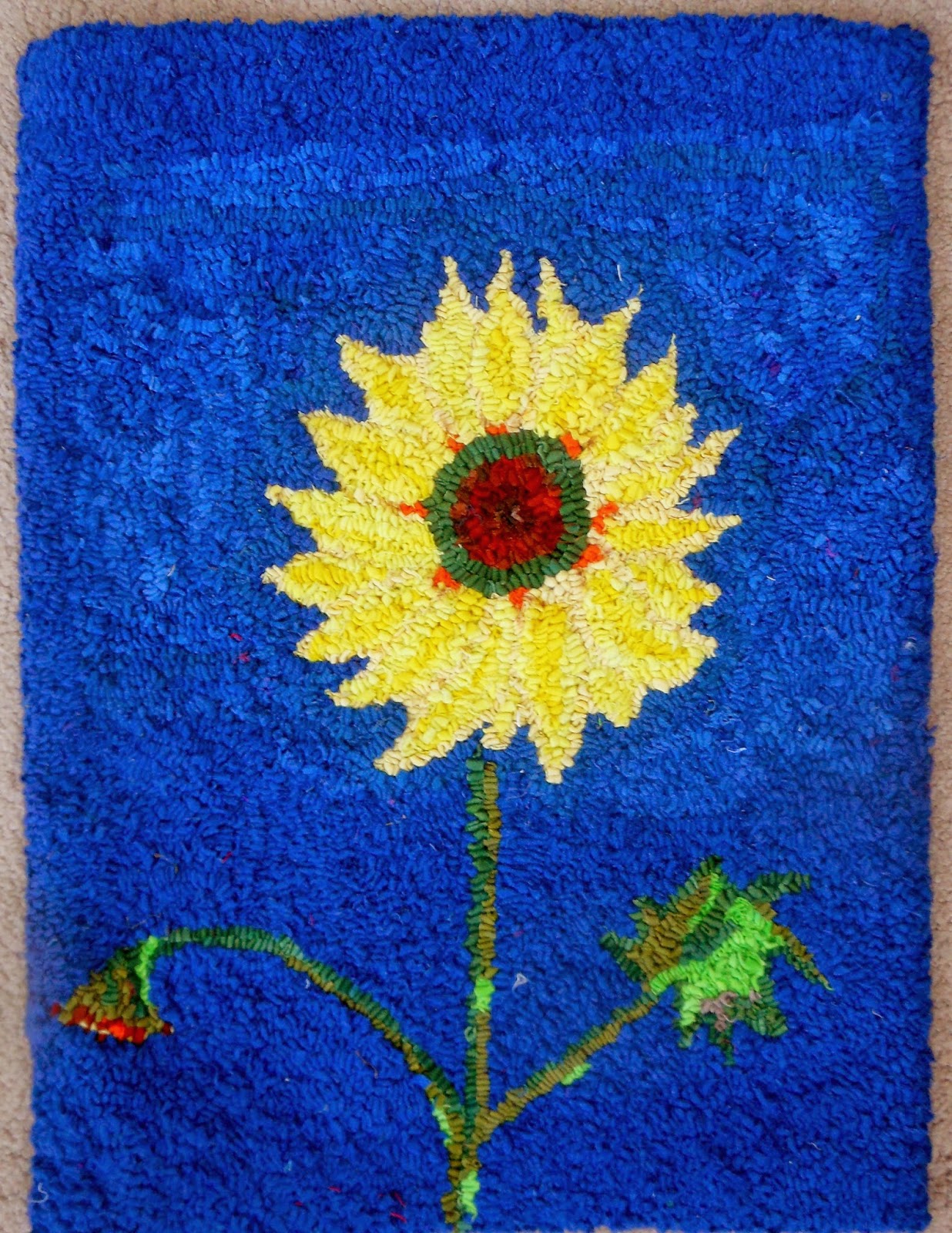 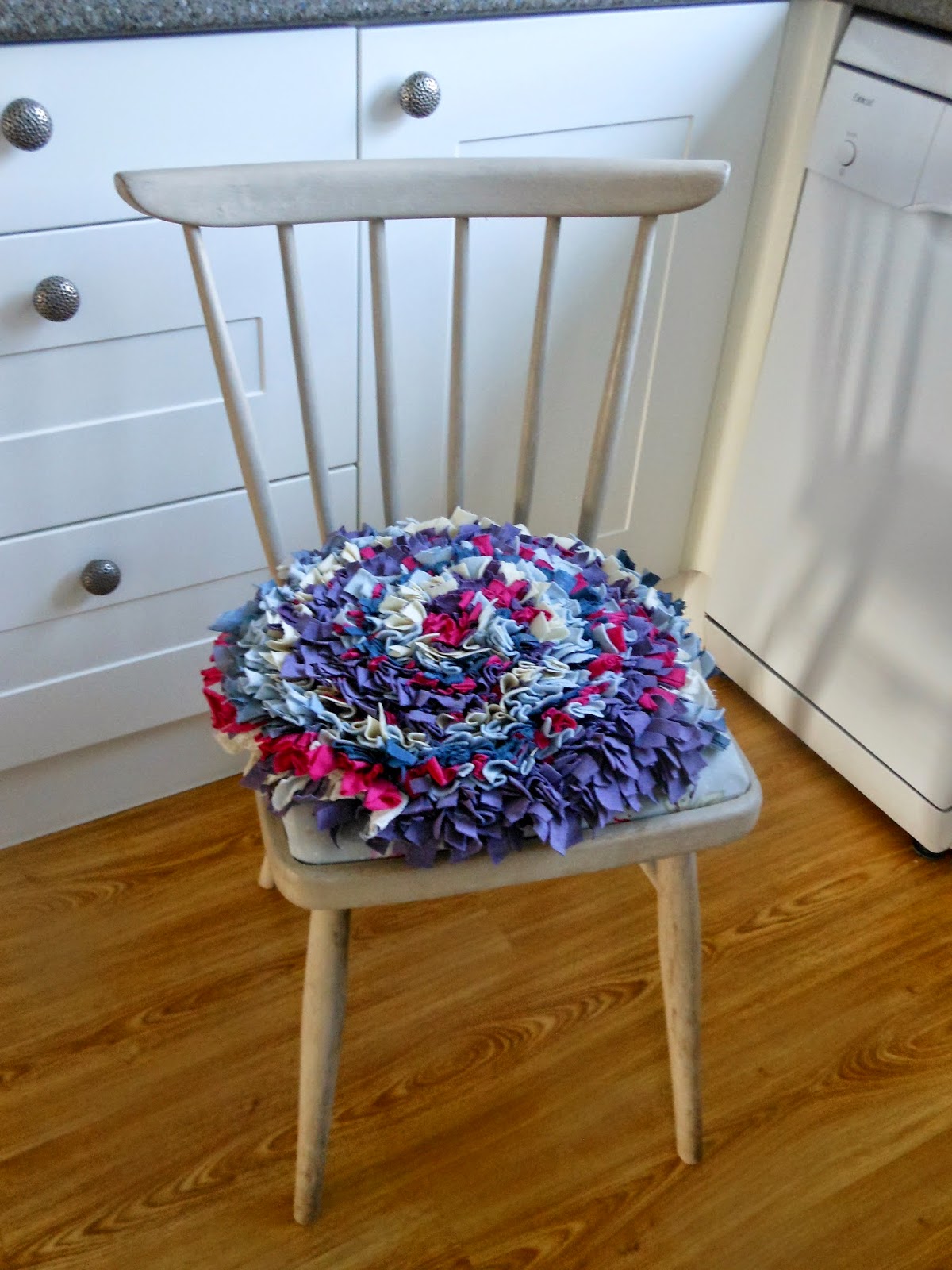 Today was bright and sunny, my friend Jan called round to
talk about a rug she hopes to make for her daughter's new cottage.. I showed her the many rugs I had made over the past few years and she went home with lots of Rug books and a Heather Richie DVD. She was so happy and it was good for me to share my work with her.
Above  you can see the very first rugs I made.... I like to think I've improved the technique since I made these... Jill